The preset runs for 1 hour, 6 minutes.

If using via Contact, you only have to apply it once to twice a day — 1 to 2 hours. Personally, I found that all I ever needed was 2 days of application.

If using via PEMF, you can loop it indefinitely (Repeat program = 0) and stop it when you are done. I like to use it when I sleep, placing the PEMF on the area affected. Personally I found this to be quite effective in controlling an outbreak by itself — no other application methods.

If using via Remote, it is set up to run non-stop (Repeat program = 0), but if you want a timed application, such as 120 loops, it will run for 132 Hours or 5 and a half days. Personally I found this to only be useful for preventative maintenance or stopping an outbreak if you catch it early enough. Useful to run this say if you are heading out into situations that would exacerbate a breakout — environmental, etc. I don’t normally run this 24/7 as I don’t have the spare generators to do so.

If using via Plasma, it is set to run for 2 hours 12 minutes. Essentially doubles the default dwell of 3 minutes to 6 minutes per each frequency.?

While the Contact, PEMF, and Remote versions all generate the same frequency spread using amplitude modulation, the Plasma does not lend itself well to the same technique which uses a dynamic carrier 64 times the fundamental. Plasma instead raises each frequency to be within the plasma’s range and uses the golden ratio for modulation. It is based on the Golden Ratio (P) – JW shell preset.?

I am now testing the remote program via the new remote, so far it seems to be much more effective. Prior to the old remote, it would not stop an active breakout. This time on the new remote, it has. The results are very similar to if I had applied via contact.

Also, I think I got a mild Herx from the running the Eczema (R) preset after the first 24 hours.

I need more time to evaluate the new remote, but so far it is impressive to me. 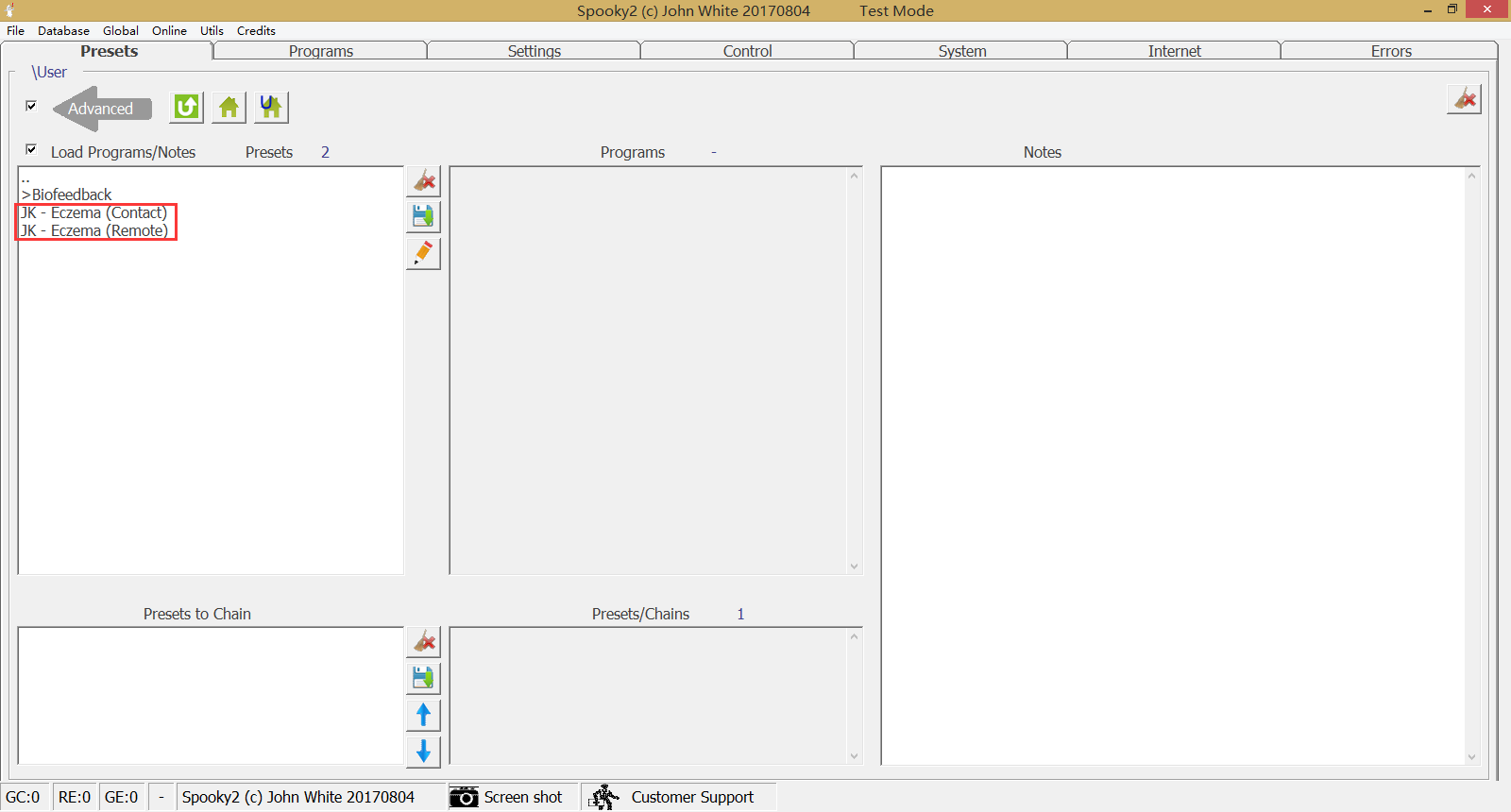