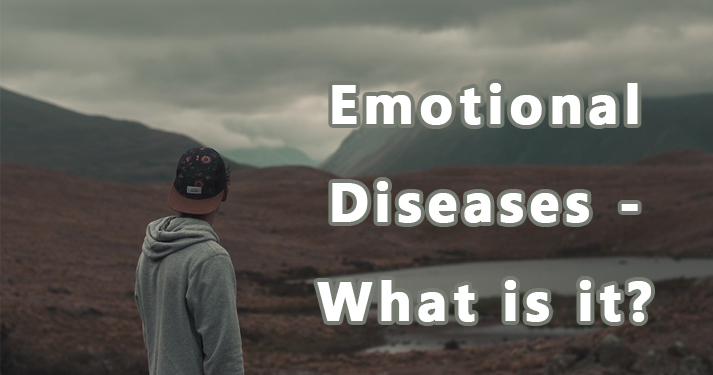 These are shocking statistic facts – Children 74.5 million in the United States:

Below I will explain two cases: Emotional disorders and Psychosomatic disorders.

I personally stand that all diseases start due to inner dysfunction that is primarily mental (psychological). When our mental balance is distorted the base for growth of physiological disease is established.

However mental health today is still gray area where most of employees of modern medical system still use outdated definitions from previous century. It looks as if last century developments in Epigenetics, Endocrinology, Neurology and Quantum Medicine have not been included in general medical knowledge and theories.The treatments are rudimentary, far from holistic understanding of the causes of a disease.

It is still believed that there are purely mental (emotional) disorders that are “in the head” of a patient but patient is physiologically healthy.

It is ridiculous when we all know that each thought and emotion is measurable electrical and chemical event.Therefore any mental disorder is automatically physiological event and it can be measured that physiology functions out of its normal, healthy range.

“Emotional and Behavioral disorder is an emotional disability or chronic inappropriate behavior or feelings where under normal conditions a person can not build or maintain satisfactory interpersonal relationships”.

The main types of mental illness are:

It is stated by official medical sources that “No one knows the actual cause or causes of emotional disturbance”, although following factors—

It is recognized that some of physiological diseases are caused by emotional events -the mental state of the patient.I have mentioned that according to my observations, almost all diseases have in its root a psychological dis-function.

Psychosomatic disorder, is a condition in which psychological stresses negatively affect physiological functioning to the point of disorder. It is structural damage or dysfunction in bodily organs. It mainly involves malfunctions of involuntary nervous system and the glands of internal secretion. Depression can be a cause of psychosomatic illness. A psychosomatic illness originates from emotional stress or damaging thought patterns.

For example, anger elevates blood pressure, pulse and respiratory rate. If a person has suppressed chronic rage, with time, such a person develops a physiological dysfunction. He becomes avare of body malfunctioning but he is unaware of the emotions that have generated disease and the symptoms. Any part of the body may be affected.

Dr. Franz Alexander at the Chicago Institute of Psychoanalysis reported that specific personalities or their inner conflicts may create specific psychosomatic illnesses, according to their individual vulnerabilities. A stress-related illness is most likely to develop at your body system that is weakened.

There is some evidence that stress may cause illnesses not usually considered to be psychosomatic, like diabetes in predisposed individuals.

Psychosomatic disorders resulting from stress may include:

When dealing with psychosomatic diseases your doctor may find it tricky to give you a diagnosis and treatment plan since the reals cause may be under the radar.

While modern medical treatments for psychosomatic diseases include a combination of drug therapy, psychoanalysis, and behaviour therapy, many patients can learn to manage stress without drugs using natural treatments.

Natural Treatment:
The key is to look for a source of stress and by treating the underlying stress it may be possible to heal the physical problems.

In other words mental/emotional/physiological stress amplified by toxic environment linked to parasites and electromagnetic disturbance should be taken care first. I always recommend: (see my other articles for detailed instructions on detox and diet)

Whole body and detailed organ detox followed by
Diet changes
Daily and seasonal routine including
sufficient sleep and
physical exercising according to your body type
massage, physical therapy, or an
Anti-inflammatory food supplements
at the same time start Transcendental Meditation to address stress in your life.
IMPORTANT: Pay attention to recognize when you’re stressed

A test to determine if you’re feeling stressed:

Take both your hands and touch your neck. If your hands feel significantly colder than your neck, you are stressed. If they are warm, you are relaxed.

The signs of stress for women:

The Signs of stress for men:

Develop your Coping Mechanisms : Do not hold in your feelings! Let the pressure find a way out. Do not use unhealthy coping mechanisms for stress such as excess caffeine or alcohol intake.

Ways to cope with stress:

Note that the biggest stressors may be coming from within yourself:

Be Willing to Let Go- allow yourself to be your real human self,let go of your expectations about what you must do, old guilts and shoulds. It is all OK as long as you are doing “the best you can” in the given moment.