We can’t imagine how we got where we are today starting with ideals and passion since Spooky2 was born on April 1st, 2013.

Thousands of users from around the world have joined the Spooky2 family. We are receiving valuable feedback, suggestions and testimonials every day. Our software and hardware is becoming more and more powerful and versatile.

Thank you for your unwavering support. It is the biggest motivation that keeps us moving forward and trying our best to do more and more.

It’s our 4th birthday. Let’s go back to where we all started and revisit the Spooky2 story, and our mission, vision and values.

Back in the 1930s, Dr. Raymond Royal Rife’s dream was to see a Rife machine in every home on Earth. But powerful vested interests stymied that dream, and it was not until 2013 that steps to make it a reality were taken by one determined man – John White.

Spooky was born on an auspicious day – 1 April 2013. The original system worked remotely using the principles of quantum entanglement to take advantage of the scientifically documented antenna properties of DNA.

Ironically, although John had designed and built a number of Rife machines, when his friend Johann Stegmann declared that remote treatment was not only possible but a reality, John dismissed it as preposterous. So he carried out experiments designed to prove Johann was wrong.

To his astonishment, the results showed that this technique was far more than simple auto-suggestion or placebo, and in fact were so conclusive that he decided there and then to make Spooky a reality. Because of his childhood experiences with illness and death in his own family, John believed passionately that perfect health is the birthright of everyone. Although he wasn’t a wealthy man, he adamantly refused to profit from the suffering of others. So he made the commercially astonishing decision that Spooky should be sold with a profit margin so slim it could be bought for little more than cost price.

Quickly, other talented people started to gather around John. First was Echo Lee, without whom Spooky could never have been born. She is an electronics manufacturing expert who runs a respected energy technology business in China.

John went on to design a new frequency generator capable of handling the complex operations he planned for a new version of the control software – Spooky2. This allowed contact electrode treatments and was capable of driving a plasma amplifier.

By returning to Dr. Rife’s first principles, John was then able to develop this plasma amplifier – Spooky Central. Today, this astonishing machine stands head and shoulders above the rest with its ability to deliver plasma frequencies up to 3.5MHz, ultrasonic, built-in PEMF, and reversible cell electroporation contact treatment – at a fraction of the cost of other inferior machines.

What started as a tiny seed has become a forest, and Spooky is now used and loved all over the world. And the Spooky ethos of care and compassion for all is spreading like wildfire. We believe that today’s Spooky is the system that Dr. Rife would have envisaged for his dream. And we’re proud and privileged to help make it a reality.

Why The Name Spooky2?

The first Spooky system used quantum entanglement. In quantum physics, an astonishing phenomenon occurs when you split one particle from a discrete system, like an atom, then move it to a distant location – system and particle behave as if they’re still connected to each other.

This is called “quantum entanglement,” and its discovery puzzled Albert Einstein, who called it “spooky action at a distance.” Thus the name.

Our Mission, Vision, and Values

Our Mission: to eliminate severe disease and all illness.

Our Vision: to empower people to take control over their own health and live long lives.

Our Values: we value love, compassion, and honesty over profit. 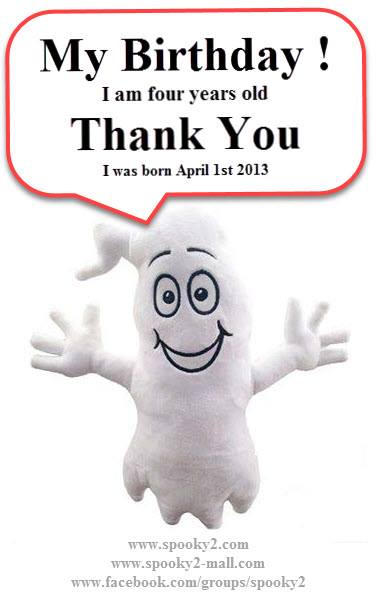