The difference is which magnetic field is pointing towards the center of the remote where you place your DNA sample.

A white (BN – BioNorth) remote has the same polarity as the North Pole pointed towards the center and consists of a negative magnetic polarity. Just like negative ions are good for you, so is negative magnetic energy. This may be why this remote is considered better at healing.

Healing frequencies applied with a white (BN) remote, will be augmented by the therapeutic effects of the magnetic field. This remote can also be used to kill pathogens as the killing frequencies will still do their job despite being augmented by negative magnetic energy — only it does this job slower than the black (MN) remote.

Extended use of this remote generally has no side effects.

If you were to point a compass needle at the top of the remote where the white foam is, the bottom side of the needle (that which would point south) would be attracted to the magnet. Remember in magnetics opposites attract. More on this below.

A black (MN – Magnetic North) remote has the same polarity as the South Pole pointed towards the center and consists of positive magnetic polarity. It has been reported in the field of magnetic healing therapy, that positive magnetic fields are antagonistic towards life processes. This is why this remote is considered better at killing.

When we attempt to restore health via frequencies, we are trying to entrain the body/organ/system using a guiding frequency. When we couple this with the influences of the positive magnetic energy, the two work against each other and a state of restored health is harder to achieve.

Extended use of this remote can cause frequency fatigue. It is recommended to limit exposure to say 3 days followed by a minimum of a 2-day rest period. As everyone is different, your limits and experience will vary.

If you were to point a compass needle at the top of the remote where the black foam is, the needle (that which would point north) would be attracted to the magnet.

Now why do we call these remotes Magnetic North and Bio-North?

In magnetic therapy, the magnetic fields are named using the point of view of the Earth. Since the negative magnetic field is associated with the North Pole, they call this Bio-North and it’s opposite is Bio-South.

Why do I have to flip the connections of the boost cable when switching from one remote the other?

All waveforms have a positive and a negative aspect to their signal. We can adjust this aspect by using offsets so that we are left with either a fully positive or a fully negative waveform.

When we plug the boost cable in and match the color connections (Red/Red and Blue/Blue) and apply a positive offset to a waveform, the result is that the + LED on the remote will light. Since the black (MN) remote is aligned with positive magnetic energy, we use this configuration with it, as the positive signal and magnetic fields match.

Now when we apply a positive offset to a waveform with the boost cable wired so that the color connections do not match (Red/Blue and Blue/Red), the result is that the – LED on the remote will light. Since the white (BN) remote is all about negative magnetic fields, now when we create a positive waveform, we have an increase in negative magnetic energy. 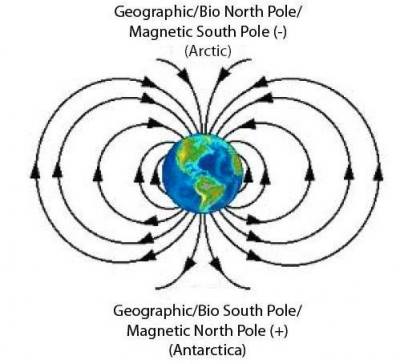