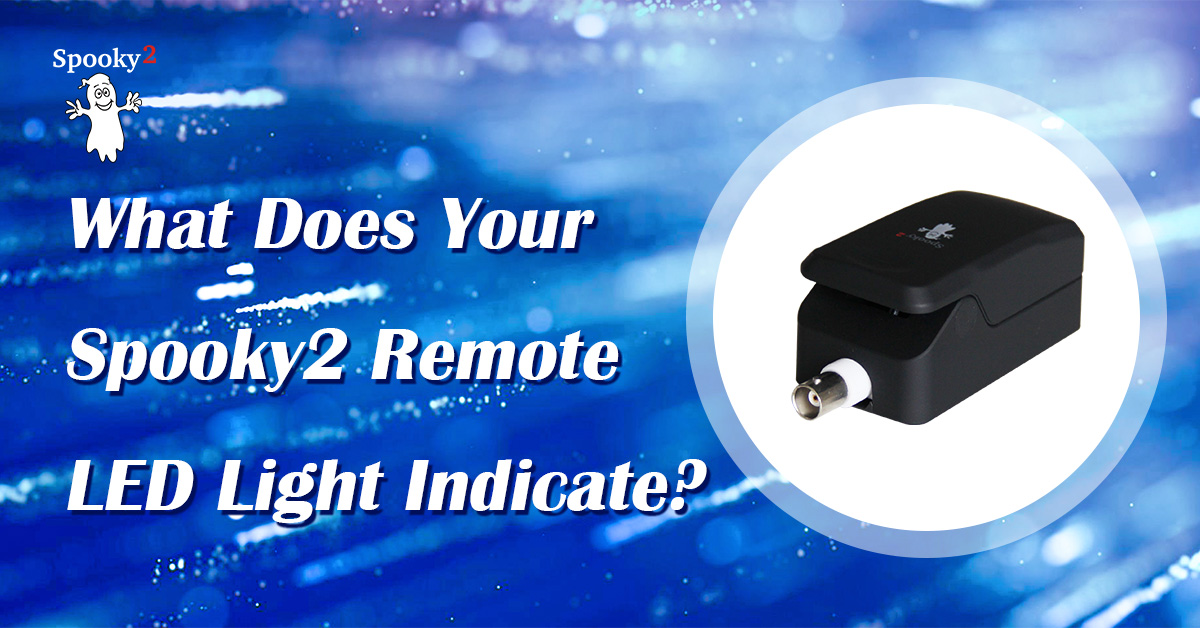 Many users were confused about why the Remote LED was not lit, why it stopped working, etc.

Seemingly baffling LED behavior ranging from only one LED lighting to neither of them working was reported.

But to those with “The Knowledge,” this was all normal and to be expected.

The LEDs are far more useful than they appear, and once you understand how they work, you’ll be able to judge a lot more of what’s going on in your generator at a glance.

Four factors determine how the LEDs respond to the signal: frequency, waveform, offset, and amplitude.

1. This is a 1Hz square wave. It completes one positive-to-negative cycle every second.

The LED lights turn on and off very slowly and should never be on at the same time.

2. Now, here is a 32Hz square wave – it completes 32 positive-to-negative cycles every second. Count the peaks – there are 32.

In other words, the entire A-B-C cycle described above is repeated 32 times every second.

Now the LEDs are both flashing very quickly. Nevertheless, it’s always the case that only one of them is lit at a time.

Note that if you use a Wave Cycle Multiplier of 12, the frequency sent to the 5M is divided by 12. Now let’s move it up a notch.

3. Here’s a 50Hz square wave – it completes 50 positive-to-negative cycles every second. Count the peaks – there are 50.

So, the entire A-B-C cycle described above repeats 50 times every second.

Now, each LED signal light will appear to be on constantly, at equal brightness. However, just as explained before, both LED lights can’t be on at the same time. You might think both lights are on at the same time, but indeed, what you’re seeing is an illusion caused by the limits of the human eye. 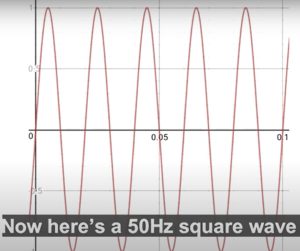 4. Here’s a 256Hz square wave. Please note that a real one you’d see on an oscilloscope doesn’t look exactly like this – what we’re running up against here are the resolution limits of computer screens. Nevertheless, 256 cycles in a single second move the peaks of each one so close to one another that the PC screen cannot show any degree of separation between them.

We come up against a different type of limit when we transmit very high frequencies in the megahertz range – which refers to millions of cycles every second: the limits of some of our present-day technologies.

With high MHz frequencies, the cycle switches from positive to negative at a speed too fast for LED lights to switch on fully before it receives the signal to switch off again. Therefore, in these situations, the LED signal is very dim and may even appear to be turned off completely.

The frequencies of MW, BP, and DNA databases are very high, so generally, no lights are on when you run them with the Spooky2 Remote.

This doesn’t mean that Spooky2, the generator, or the Remote is not working properly. It is only because the current LED light-switching technology isn’t fast enough to keep up with the speed of extremely fast signals. Therefore, please do not worry if this happens to your Spooky2 products.

However, there’s another scenario where the LEDs can be very dim or even unlit – and this one doesn’t involve very high frequencies at all.

Every time a LED light turns on, it uses a tiny fraction of the frequency motive power, which is the amplitude, also known as voltage. When amplitudes are above 5 volts, you won’t see any differences in the luminance of the LED lights. However, if you set your amplitude lower than 5, the voltage that is available to turn on the LED lights decreases, and the result is that they will appear to be dim. At very low amplitudes, the LED signal lights will be so dim that we can barely see.

For example, we run 40Khz with 20V amplitude. The LED light is bright.

If we change the amplitude to 5V, the LED light is dim.

If we set the amplitude to 1V, there is no LED light showing.

Please do not worry if this happens to your Spooky2 products. It is a good sign indicating that all of the frequency voltage is being used for healing.

Waveform will affect the LED lights too. If you choose square wave and run 5.8Hz, the light will blink.

If we change the waveform to the Square H Bomb, the LED lights will be flashing with short breaks in between.

Another factor is Offset. This is the imbalance between positive and negative peaks about neutral or zero. Offsetting the signal from zero (neutral) means moving the waveform into the positive or negative region.

What should we do when Spooky Remote LEDs don’t light up?

Try running something using the JW – Killing (Remote) preset as a test since this uses more voltage, and see if the LEDs light. If not, then examine the following.

What you can do is read the following checklist, which is in the most likely order of why your Remote is not lighting up.

1. Cables or Boost connection to the generator is secure.

2. Remote is secure to the boost. Ensure that the connector is locked over the pins.

3. Ensure the generator switches from OFF to ON in the top and bottom boxes of the display when a channel starts to run.

4. Ensure that inverse+sync was selected for Column 2 in the software. If by any chance, this is set to Follow Out 1, the waveforms will cancel out.

5. On the generator’s display, ensure each box in the second line shows a frequency other than 0. If the display shows F=00″000″000.00, this is usually a sign that the generator is not communicating with Spooky2 properly.

Please check the link here to solve your problem:
http://www.spooky2support.com/hc/en-us/articles/219379077

6. Screenshots of the configuration in use, along with the Channel Control Window contents while it is running are good to pinpoint the issue.

If this pans out, then try the other Remote in your kit. If it lights, and when you swap back, the other does not, you may have a real issue with your Remote.