Did you know that Rife invented the microscope capable of magnifications of 60,000 diameters?

That is massive! He could resolve and see stuff no one else could, and while it was alive and moving.

Thus he could then apply frequencies and watch it die.

Why doesn’t anyone do that today?

Because today’s microscopes can only really resolve to 1,300 times. The limit due to diffraction is about 2,000.

We just can’t see the stuff he could.

Well, what about my scope saying it has 30,000x magnification.

You got hoodwinked by marketing.

Your scope still has a resolution limit. You just can make what you see larger, through the use of zoom.

There is a difference.

How did Rife do this amazing feat? He understood how to build a microscope that separated light into distinct frequency bands, carried by oil not air, and then re-constituted it for viewing — surpassing the limitation of optical techniques still employed today.

It was by this very feat that he realized that the microbes he was viewing were too small to be stained (yes the stain was bigger than the bug). So he found a way to make them glow using specific bands of light.

Then the thought occurred to him, if I can make them glow with a frequency of light, maybe I could kill them with frequency as well.

The rest is history.

Electron Microscopes long ago surpassed the 60,000 magnification Rife had, but they kill the subject in the process. Not terrible useful if you are trying to do work with live subjects. 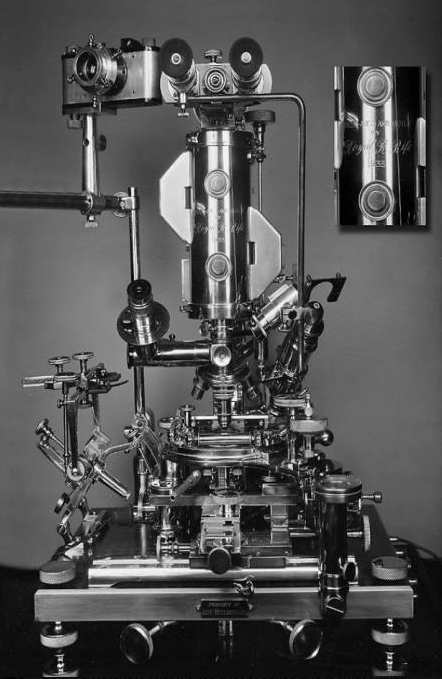