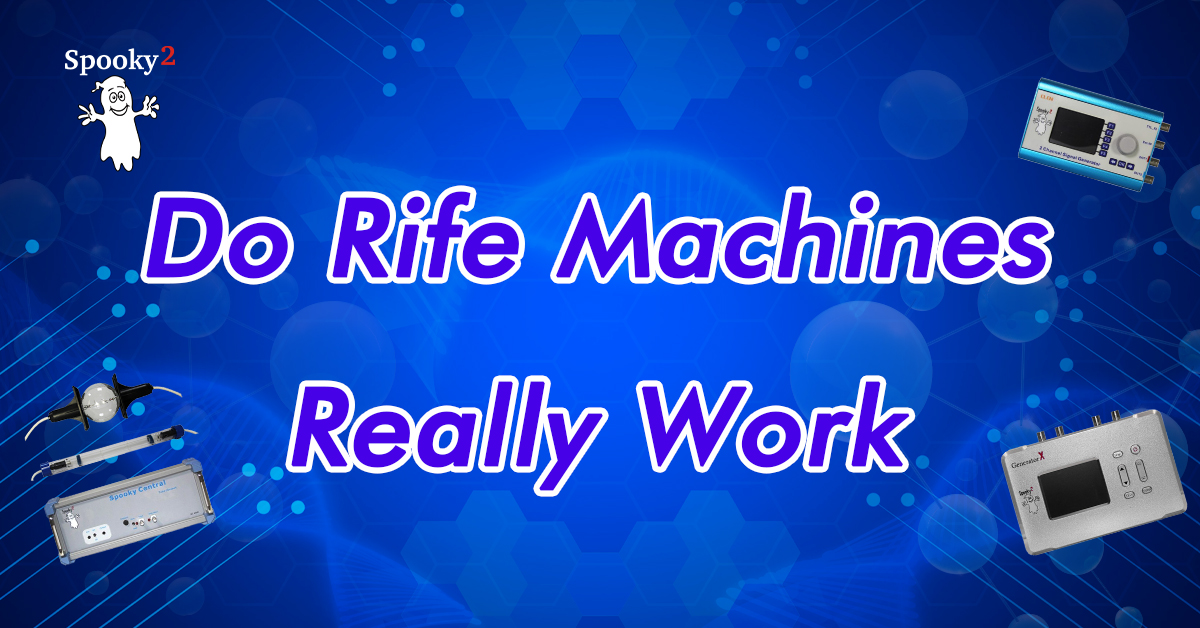 Most people are unfamiliar with the Rife Machine, and some do not believe in it. Whether Rife Machines work or not is still a mystery to many people.

If you take a few minutes to read this blog, I believe you will find the answer.

What Are Rife Machines

In 1934, the University of Southern California appointed a Special Medical Research Committee to bring terminal cancer patients from Pasadena County Hospital to a San Diego lab and clinic for treatment. The team included doctors and pathologists assigned to examine cadavers and any patients still alive in 90 days.

After 90 days, the Committee found that 86.5% of the patients had been cured. The treatment was then adjusted and the remaining patients also responded within four weeks. The total recovery rate was 100%.

The man responsible was American scientist Dr. Royal Raymond Rife. He invented the Rife machine during the 1920s and 1930s. The machine he developed produces very low energy electromagnetic waves that are similar to radio waves and undetectable to the human ear.

How Do Rife Machines Work?

Nicola Tesla said if you wish to understand the Universe, then think of Energy, Frequency and Vibrating.

Everything has a vibrating frequency, which is called resonant frequency.

The theory, in plain English, can be explained using an analogy of an opera singer who uses her voice to shatter a crystal glass. The glass is vibrating at a certain frequency and when the opera singer sings at that particular frequency the glass shatters.

In the same way, each microorganism (fungi, bacteria, virus, parasite, amoeba, mold, etc) has a unique and specific frequency (or vibrational rate). When you add MORE OF THIS SAME frequency to the microorganism, it cannot tolerate it and it bursts or dies. Rife resonators generate resonance waves that destroy harmful bacteria without doing any harm to the users.

Here is a video to show Rife machine killing bacteria:

Are There Any Risks in Using Rife Machines

Many researchers who have worked with Rife type machines have been exposed to Rife frequencies for extended periods over many years without suffering any apparent ill effects. Many of the early researchers from Rife’s time lived longer than average for their generation.

The benefits are evident in Rife himself. The constant exposure to Rife Machines had an impact on Rife’s health. Rife was totally isolated by AMA and its members when a trial caused by some shady business first began in 1939. In his later years, he lived a depressed, penniless, alcoholic life. He died of 83 years-old and would likely have lived longer if he had not suffered the double blow of career and life.

Another point is that the frequency of Rife machines is even lower than that of waves emitted by cell phones. With the development of technique, there are more and more electronic devices in our daily life. The low-frequency radiation produced by these electronic devices affects human beings. However, People don’t need to worry about Rife machines doing any harm to the human body.

One of Spooky2 users shared his father’s story about using Rife Machines to help Non-Hodgkin Lymphoma with us.

His father was diagnosed with Non-Hodgkin Lymphoma. The cancer was spread throughout his entire digestive tract in the stomach, small intestine and large intestine.

His father chose to do two natural treatments: the Rife Machine and the HOPE4CANCER clinic (in Cancun Mexico).

After using the Spooky2 Rife machine for 3 months, in Late November 2018, his father went back to his Doctor to get another PET scan for cancer and it could not be detected. The doctor was shocked because his father’s cancer was “incurable”.

It is important to note that his father met people at the HOPE4Cancer clinic in Cancun who did the same treatments as his Father but have found that their cancer has not improved.

This is just one success story among many of Spooky2 users. Here are more reviews of Spooky2 Rife Machine; you can check the link for details: https://www.spooky2reviews.com/

After reading this blog, I think you have the answer to the question whether Rife Machines work or not. Have you ever tried a Rife machine? Comment below and share your experience with us.