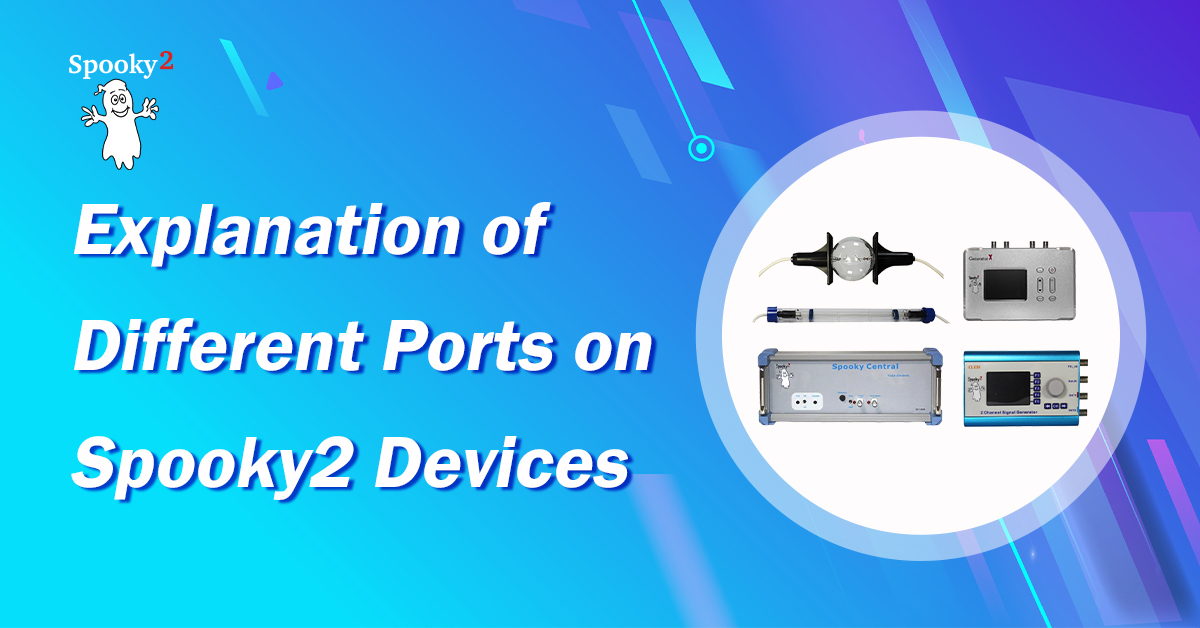 For the generator itself, there are two independent outputs: Out1 and Out2, which both can produce a unique frequency using an independent waveform, offset, voltage, etc. Typically, they are used together (via the boost) to double the voltage range — from 20vac to 40vac.

For the XM, it is a single generator and thus there are only 2 ports as described above.

For the GX, it is actually two generators in one. So, there are 4 ports, two for each independent generator.

As for the boost. Without this, you would be hard-pressed to combine the output of Out1 and Out2 together into a single device. While there are a few methods that can be used to do this, the boost makes it easy.

For the ports on the boost, they are as follows:
Out 1 – This is a direct pass-through of the Out1 port of the generator it is connected to. Useful to be able to isolate this port without having to remove the boost.

MN: Magnetic North. This combines Out1 and Out2 preserving polarity so that positive is positive and negative is negative. This was used with the original black (MN) remotes which had the magnetic orientation aligned with the same magnetic field as North on a compass. This magnetic field is positive and is attracted to Earth’s North. This port is rarely used anymore as it has been shown that magnetic north polarity is antagonistic to life processes; and while useful to mayhap kill pathogens quicker, invokes significant feelings of malaise in the host.

BN: Bio-North (Earth’s North). This combines Out1 and Out2 together reversing polarity so that negative is produced on a waveform’s positive upswing and vice versa. This was used with the original white (BN) remote, and the current incarnation of the black remote 2.0. Both of these remotes have the magnetic field orientation aligned to the same magnetic field as the Earth’s North Pole which is negative. It has been shown that negative magnetic polarity is beneficial to life processes.

Both the BN and MN ports use a male BNC connection so that the remote can be plugged directly in. When wiring a remote to a female BNC connector like that found directly on the generator, a cable was necessary.

High-Power Contact – This is a female BNC connection like what is found directly on the generator. It is wired just like the BN port, in that negative is produced when the waveform goes positive and vice versa. In contact applications, polarity is not a factor so this fact is a moot point; but if one were using a polarity-specific device off this port (like Spooky Radionics) is useful to know. This port allows you to double the voltage by combining the two outputs correctly. When doubling voltage, you square the power (4x) providing enough power to overcome the resistance of the skin and providing a useful contact application.

Colloidal Silver Port – This is a female BNC connection like the High Power Port. However, there is a 1000 Ohm resistor wired inline. This limits current which provides for a more stable operation when used to make CS. There is also the added benefit that it reduces the impact lower frequencies (below 10kHz) have when they resonate with nerves and muscles. Many find this port very useful when doing contact sessions that incorporate such frequencies. This is a better approach than reducing voltage, which may cause the application to be a wasted effort having not enough power to penetrate the skin and actually enter the body.

Finally, to combine the effects of Out1 and Out2 for double voltage, one must use the Inverse+Sync option for Out2.

When not using Inverse+Sync on Out2, the output of Out1 and Out2 are combined using frequency addition (no different than what happens when you record two people talking at the same time). This allows you to output both Out1 and Out2 to one device whether it be a remote, radionics, etc… And not have to wire each output with twice as much equipment.

Also, it is important to note that one should not wire more to the boost than is being used. They will split the power otherwise and you may potentially undo the benefit of the boost. For instance, if I have two remotes plugged in both the BN and MN port; and then plug in contact rods into the High-Power port and hold them, all three devices will be splitting the voltage and end up with 1/3 what you might think they are getting. Besides not being a good idea voltage-wise, one also then will most likely be running one remote in an inefficient configuration being on the MN port.

It is not recommended to use with the BFB process as when the boost is wired in, the other connection points will act as an antenna to pull in environmental noise and inject it into the circuit. The GX is sensitive enough to be able to measure this noise. So, by removing the boost, you decrease the level of noise. Whether that noise is loud enough to interfere with the BFB scan or not is entirely another question and really will be dependent on the environment in which you are scanning.