As we know, Spooky2 Central only accepts a 5volt / 100% offset square wave input. Any other voltage/amplitude or waveform may cause damage. 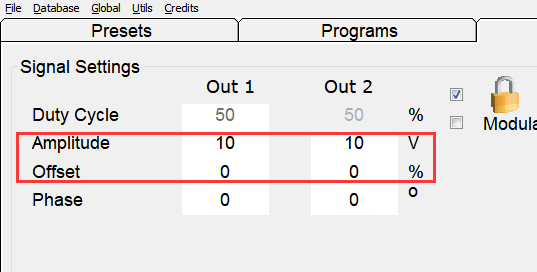 In fact, the settings are still the same as before. We just change the way the signal is made. Take Spooky Plasma Advanced (P) – JW as an example. 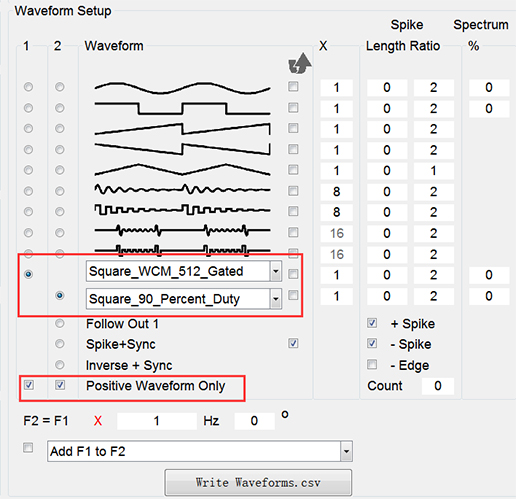 Both outputs are set to 10 volts and 0% offset, but you can see that “Positive Waveform Only” has been selected. This is equivalent to 5 volts with 100% offset. You can see this from the waveform:

So why do we make this change?

1. This preset modulates the signal by 1/512th of the fundamental. This is a sub-octave, making it more potent. Out 2 provides 10% gating, so the pulses at the tube are more intense. The energy is sent in shorter bursts.

2. In the old presets, the gating function was realized by continuous commands being sent between the computer and the generator. This is slow, because all commands must go through the same USB port. Now gating is inherent in the waveform, so gating can be much faster and more effective, since the rate of gating matches the signal better.

Related Articles:
Why Do We Use Gating for Spooky Plasma?
Spooky Phanotron Tube Q&A