In this new version of Spooky2 Software, there are many groundbreaking new features you never saw before:

Here is a list of the changes:
New: Skins. These are selectable from the Settings tab.

New: Biofeedback Baseline creation. Spooky2 can disregard the effects of the environment when performing a biofeedback. A “Baseline” scan can be performed before a biofeedback scan. The baseline should either be the TENS pads shorted together or a digitizer without sample in the slides. When baseline data exists, the button on the right of the Baseline control turns green. Any subsequent scan will look for changes from this baseline. Note that the EXACT scan methods must be used for both the baseline and the biofeedback. Clear the baseline by pressing the small button.

New: Utils menu option to manually turn GX display backlights off or on. 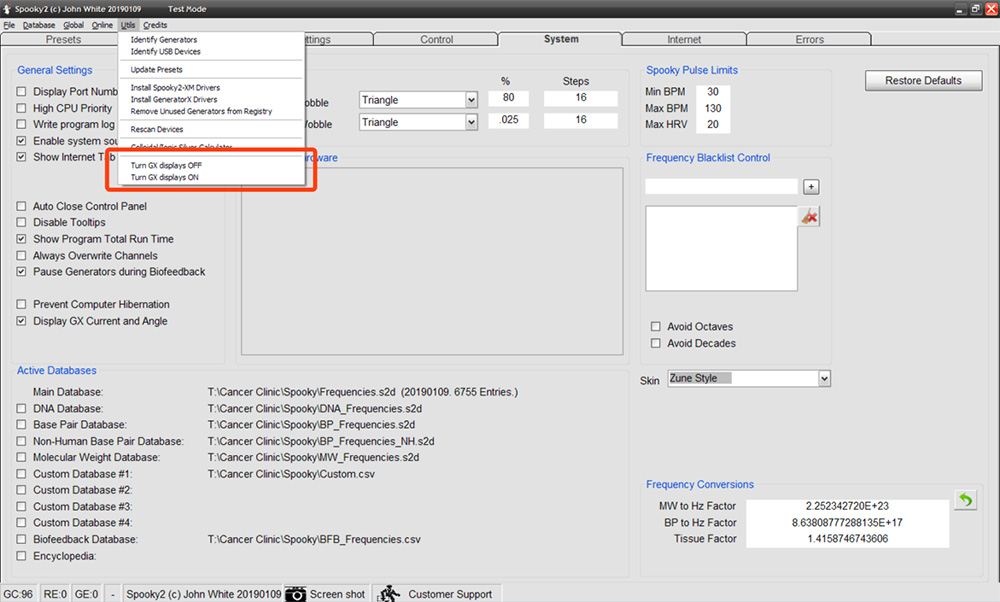 New: Facility to copy Scan Results to the clipboard.
New: Confirmation is now presented when deleting user presets.
New: Automatic database refresh after changing the database selection.
New: Biofeedbacks can now be looped. Spooky will use the average readings from each loop for analysis to increase accuracy. 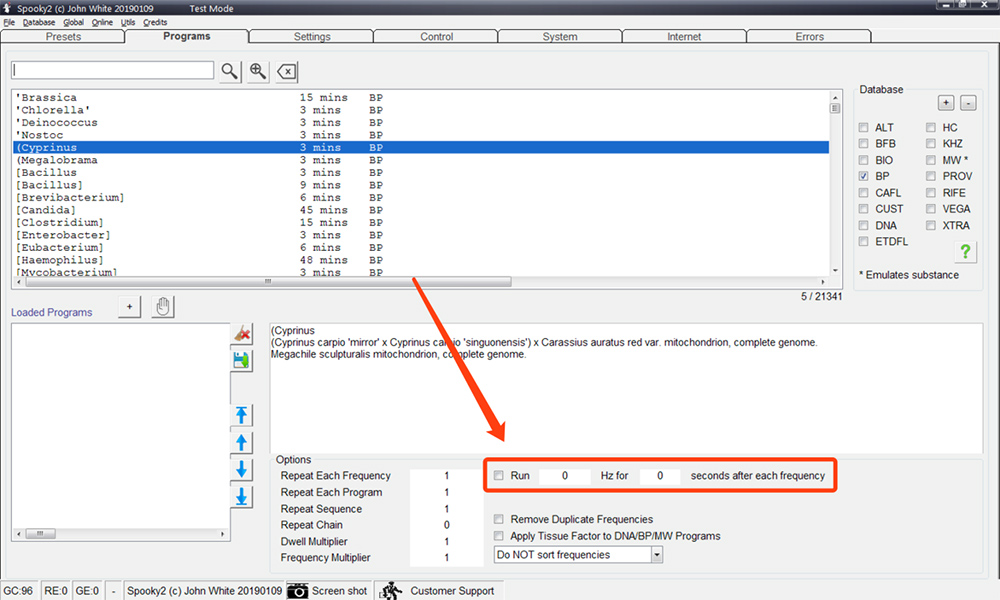 If the padding frequency is zero, the amplitude will also be zero.

New: Option to pause generators during a biofeedback scan. If a generator is set to shadow the generator performing the biofeedback, it will not be paused.

Changed: Logging of both current and angle is now compulsory, since the speed increase by selecting only one is negligible with the improved BFB code.

Similar entries in the BP databases are combined into programs. Currently there are 21,341 BP programs. Other sources generally charge $15 per program. Spooky2 has just saved you US$320,115.00.