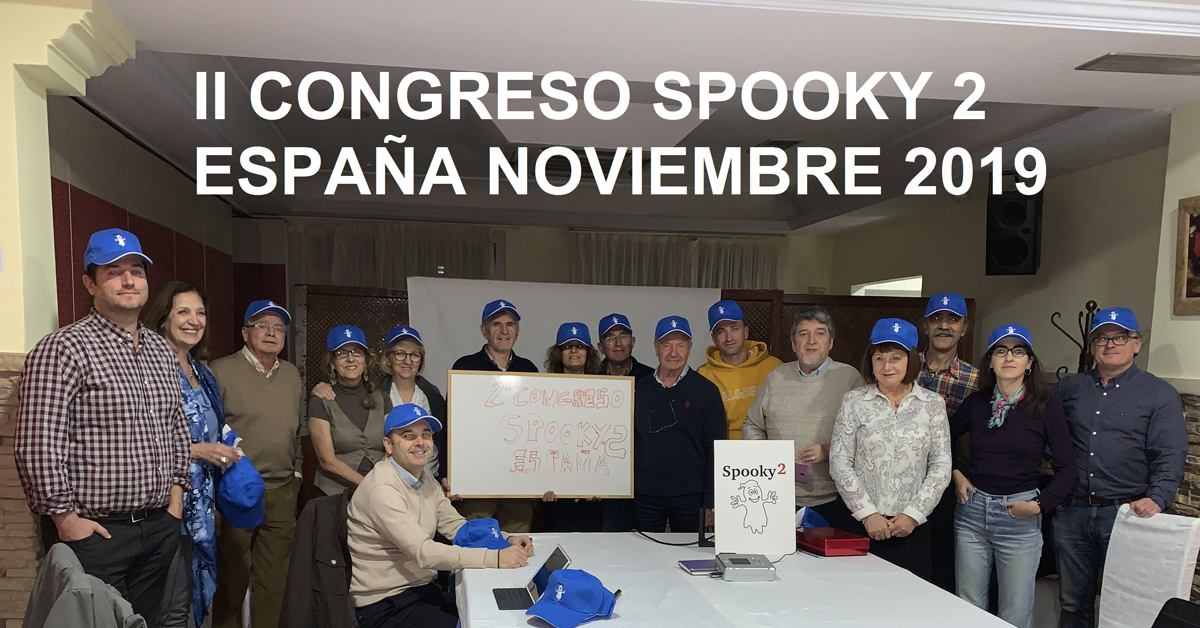 Assistance: 25 people, from different provinces, such as Bizkaia, Madrid, Girona, Castellón, Jaén, A Coruña, Albacete. Among the attendees were people belonging to the field of Nutrition, Natural Therapies, Dowsing, Radionics, researchers and regular users of Spooky2.

1. Presentation and greeting between the different users in the room destined for the meeting in the Hotel El Chiscón (Colmenar Viejo, Madrid).

2. Beginning of the meeting by Rafael, the main organizer of the event, thanking the presence of the different participants and especially thanks to Leonardo, Petri and Iñigo for their collaboration in facilitating the realization of this meeting.

3. Rafael starts with a brief talk about basic concepts of Physics, as an introduction to the development of subsequent topics. From here, he introduced into general issues related to Rife technology and frequencies.

4. Rafael addresses the elaboration of colloidal silver with Spooky2 devices, analyzing the different steps to be carried out and explaining the specific software for its elaboration, as well as other questions about the ppm of water, reasons for the darkening of the rods, water qualities distilled, problems with the electric current, and so on. Many of these issues appeared thanks to the intervention of the attendees.

5. The following topic is related to the Terrain protocol, providing explanations about its use, benefits, as well as useful advice and experiences generated due to its use. Likewise, the use of this protocol applied from the computer with the Generator X and in standalone (without the computer). Some of these issues are raised due to the doubts of several participants.

6. Late in the morning, Leonardo and Iñigo gave an introduction, as well as the story of their experiences on the use of the Sample Digitizer with the preset Hunt and Kill (SD) – JW. The technical difficulties that the user may find for this use and its possible solutions were discussed. Both speakers have made a notebook with very basic guidelines for their use, as well as for other Spooky2 devices, which will be distributed by email to all attendees in order to clarify and facilitate the use of this technology.

There is a break for lunch between 2:00 p.m. and 4:00 p.m., all attendees gathered around the same table, where they took advantage again to exchange ideas and experiences.

7. In the afternoon, Leonardo and Iñigo gave an introduction to scalar energy, from its discovery by physicist James Clark Maxwell and its progress thanks to Nikola Tesla until its current use. The effect of scalar energy on cell mitochondria was explained as a basic element for healing and physical regeneration. Subsequently, the different modalities provided by this device were explained: Pure, Molecular and Rife. Especially, there were examples that had been produced and reported by other users on the Facebook Scalar, where there were clear examples of its benefits in plants and animals, which proved that it is not a placebo effect. 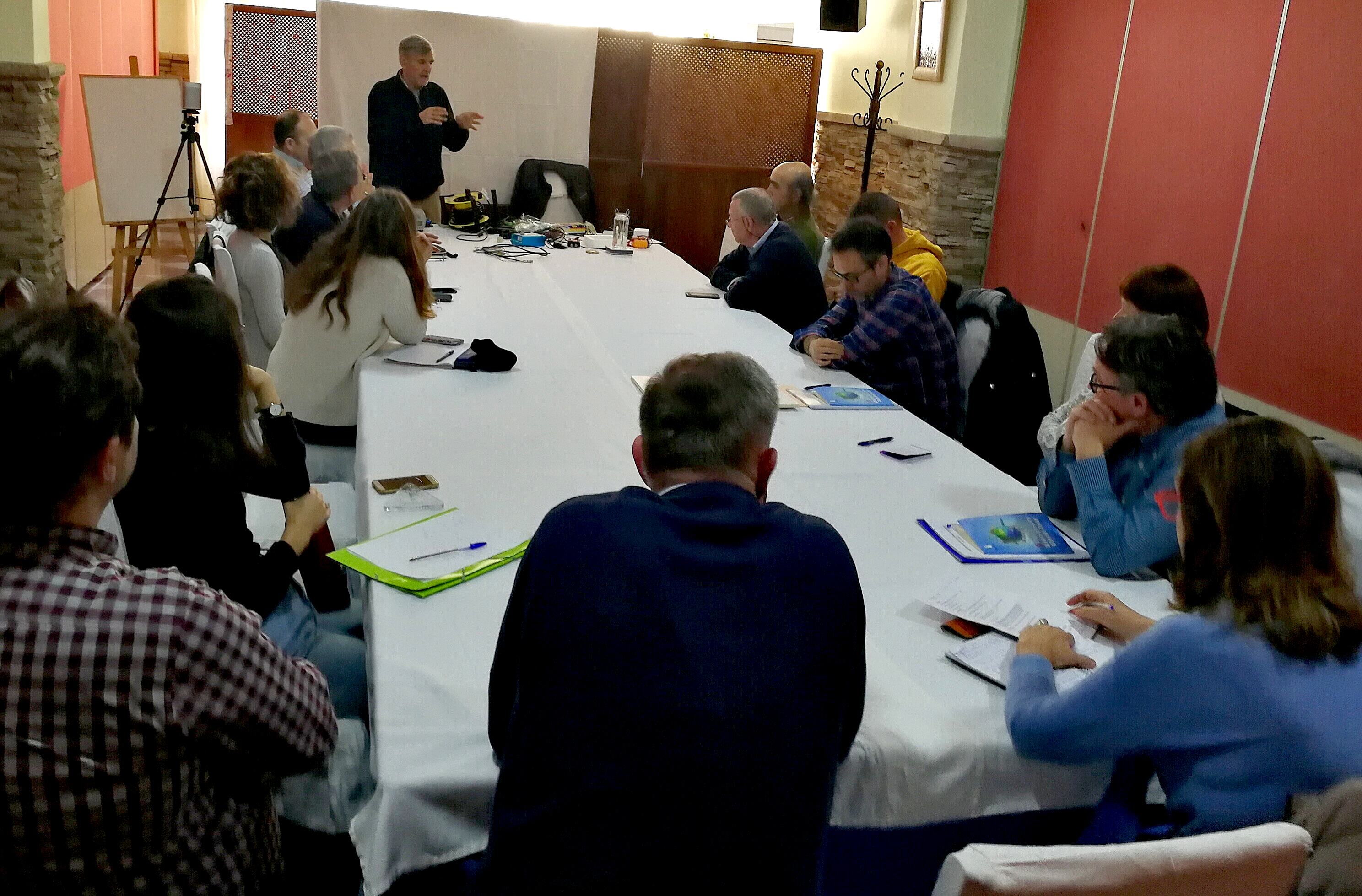 Also, both spoke about the results of the Spooky2 Scalar Biological Test, which had been carried out by a group of scientists at the Institute of Cell Biology. Published in the following link:
https://www.spooky2scalar.com/spooky2-scalar-biological-test-results/

8. In the last part of the meeting, the participants addressed the latest developments in other areas of technologies related to the Rife methodology.

Conclusions:
• It is decided to send all the attendees the main manuals (General Guide, Quick Guide, etc.) translated by Rafael. These manuals have a translation of great technical value, thanks to his knowledge in computer science and electronic engineering.

• Due to the importance and extension of Spanish in the world, it is essential to disseminate Spooky2 manuals in Spanish, because this would boost in a very positive way the purchase decision by many people.

• Leonardo and Iñigo will send their notebook on the basic use of the different Spooky2 devices those who are beginning to become familiar with this technology.

• It is proposed the possibility of holding the next 2020 annual meeting in another city, being suggested the location of Madrid again or another one that may be easily accessible to all users of the peninsula.

• In relation to the first meeting, there has been greater participation with people from a greater number of provinces, which shows that there is a slow but gradual increase in the extension and knowledge of Spooky2 technology in Spain.

• All participants have been very satisfied with this second Spooky2 meeting, thanks to its depth and intensity, as well as the contribution of new ideas and experiences, which has generated a very positive atmosphere to continue researching and working in this line.

The meeting ends at approximately 19.45.

The next morning at the same hotel (10.00-12.00), participants in this meeting had the opportunity to take part in a conference that analyzed the origin of the Earth and its subsequent evolution until organic life originated therein (from the Big Band to the creation of the original soup of the matter). Unique pieces of mineralogy and crystallography were shown by an international expert in these fields who lives in Colmenar Viejo (Madrid).

If you want to know more information, welcome to our English Facebook group.
https://www.facebook.com/groups/spooky2/